Robot control for bin picking works as an integrator of object detection and classification modules or any other system which provides pickable object data. This module is mainly responsible for movement and trajectory creation depending on object position in the container, object class or other information from sensors. In the selected demonstration example for picking and placing of arbitrary arranged different objects, the robot movement is implemented in following way – linear path generation for picking up an object respectively to its position and orientation, while avoiding collisions with obstacles in the environment, linear path generation to move object in classification position to classify what kind of the object has been picked and other features of the object, after that the object is moved to appropriate position(box) depending on classification result. 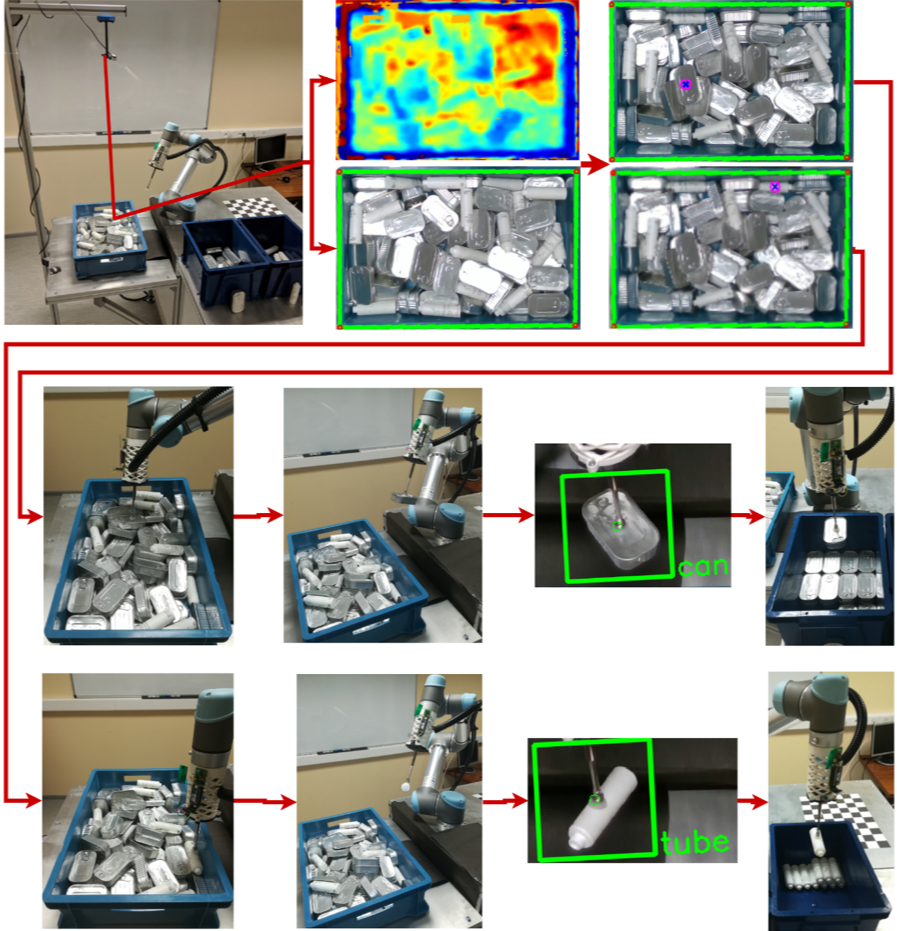