A flexible production system complemented by digitisation and automation of internal logistical processes, achieves agility in production. Autonomous Mobile Robots (AMR) ensure this automation through an ERP driven Manufacturing Execution System (MES), that allows an orchestration of multiple brands of AMR, where the loading and unloading is quick and flexible.

The MES solution acts a controller for both the digitization of the paper flow on the shopfloor, and the AMR orchestration. This is done by helping the human operators in a user-friendly way to execute their tasks, while orchestrating the different AMR’s to bring parts and boxes to the different manufacturing machines. The parts preparation zone allows for a flexible and continuous stream of parts and frees up already limited floorspace. The loading and unloading of the parts themselves following the karakuri kaizen principle using kinetic energy speeds up the logistical performance.

Owner of the demonstrator

Benefits for the users

When we look at the post-situation, the machine operators needed to walk a lot from one machine to another to conduct specific tasks such as supplying the machines with components, supplying empty boxes, palletizing and intervening when machine errors occurred.

A spaghetti diagram was set up and as a result, we found out that operators spent 20% of their time by walking around, from one task at one location, to another task at another location.

Another finding of this spaghetti diagram was that operators walk 17.000 steps on average per shift.

Finally, in the past, there were component pallets and finished goods pallets everywhere near the machines.

By using multiple AGV’s and AMR’s, orchestrated via a single platform;

1)       We were able to remove all pallets from near the machines and centralise them in a preparation zone and a finalization zone, which created a more open view over the machines.

2)      The amount of steps that operators needed to do was greatly reduced.

3)      The workload was reduced while the production capacity remained the same.

4)      The machine operator was able to focus more on the machines than ever before.

NOTE: There is a slight difference between an AGV (Automated Guided Vehicle) and an AMR (Autonomous Mobile Robot). Both terms can however be used in conjunction.

The innovation of this demonstrator is showcased on three levels :

·         For Altachem: the demonstrator showed that it is feasable to optimise the internal production logistics to become more agile. We moved away from a situation where goods were supplied manually and decentralised, to a situation where one AGV supplies all machines from a central location, orchestrated via Flagstone’s MES system.

·         Sirris developed the necessary automation add-ons to allow easy docking, loading and unloading of the AMRs for different types of load (boxes and bulk components). Sirris also programmed the missions/orders for the AMRs and defines the most optimal routes for the AGVs.

·         For Flagstone: the new way to integrate all systems in an existing ecosystem can deliver the company a new leverage on the market as the time to implement and test will shorten drastically.

Two AMR’s that arrive in each others detection area at the same time might result in a deadlock situation. There is no standard in the height of the bunkers of the machines which might result in too many different AMR topmodules. For each different brand of AMR a map has to be made upfront. If the environment changes then the maps have to be remade for each. When implementing AMR’s in a brown field environment, it is important pay the necessary attention to the dimensions of the pick-up and drop-off zones. In our specific case, adjustments had to be made on the machine to be able to pick up the finished boxes since these were too low for the AMR. The orchestration solution is dependent on the AMR manufacturer’s interfacing capabilities, which can potentially prevent flexible communications.

AGV MABO to move boxes with parts from the warehouse to the preparation zone.

Following tube constructions were prepared: o a topmodule on AGV WEWO o an unloading station for the boxes from AMR MIR o 2 (un)loading quays for the preparation zone

AMR MIR was adapted with a conveyor

Conveyor for empty boxes: Buffer lane next to box erector that serves as pick-up point for AMR MIR

Box taper: A machine that closes and tapes the finished boxes so that they are ready to palletize.

Preparation station: A place that enables the operator to fill the AMR WEWO with components

The AGV WEWO programming and configuration 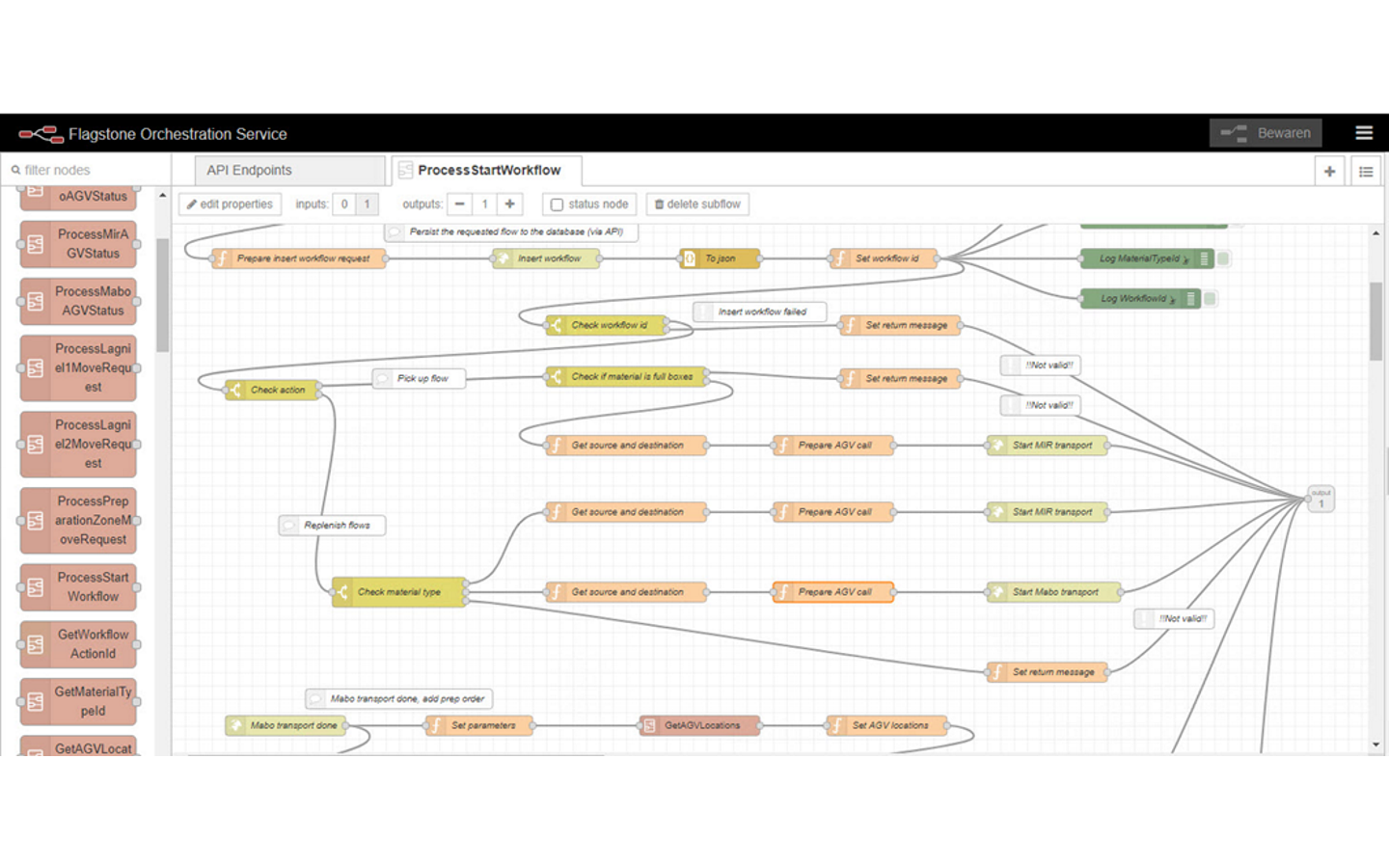 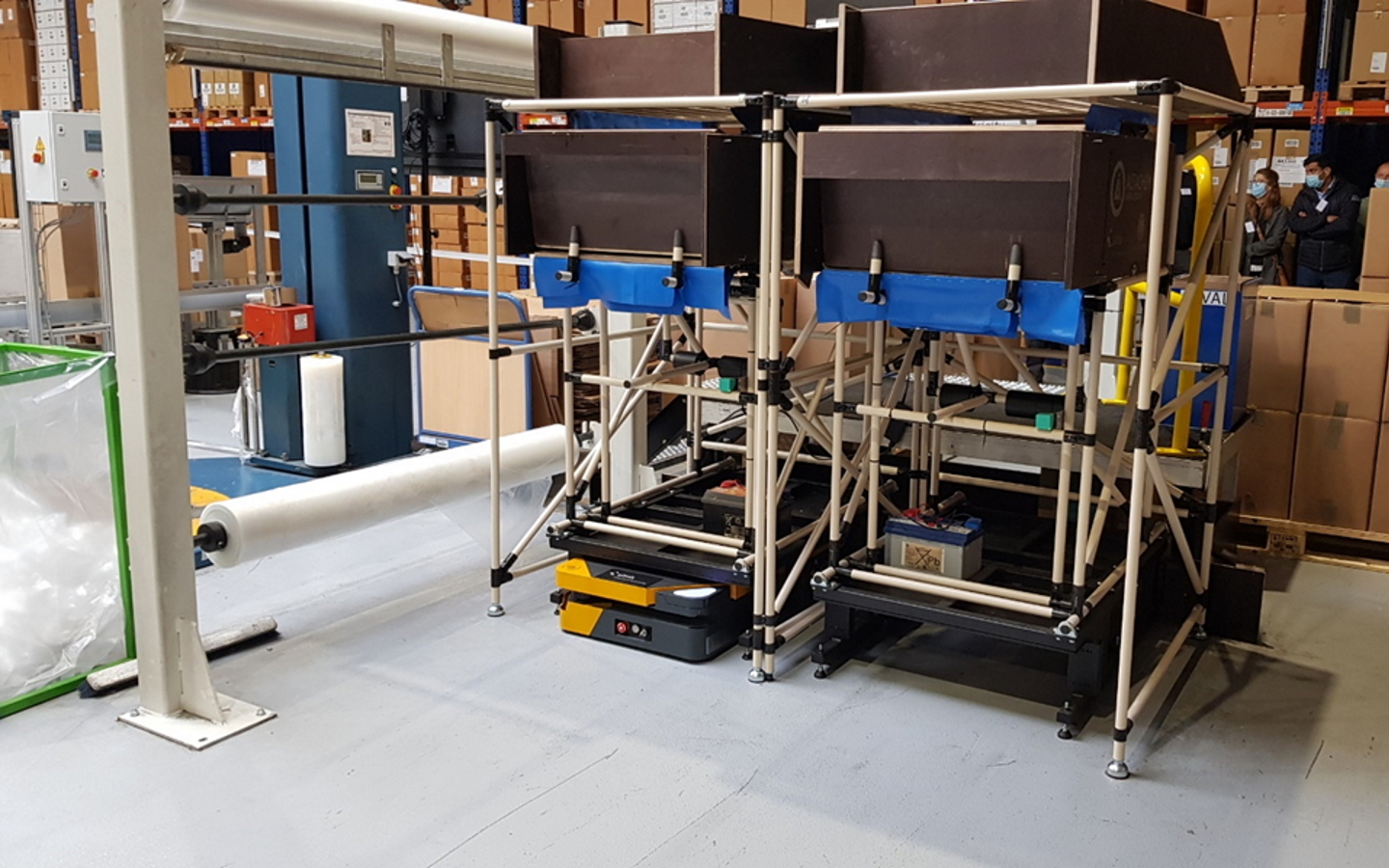 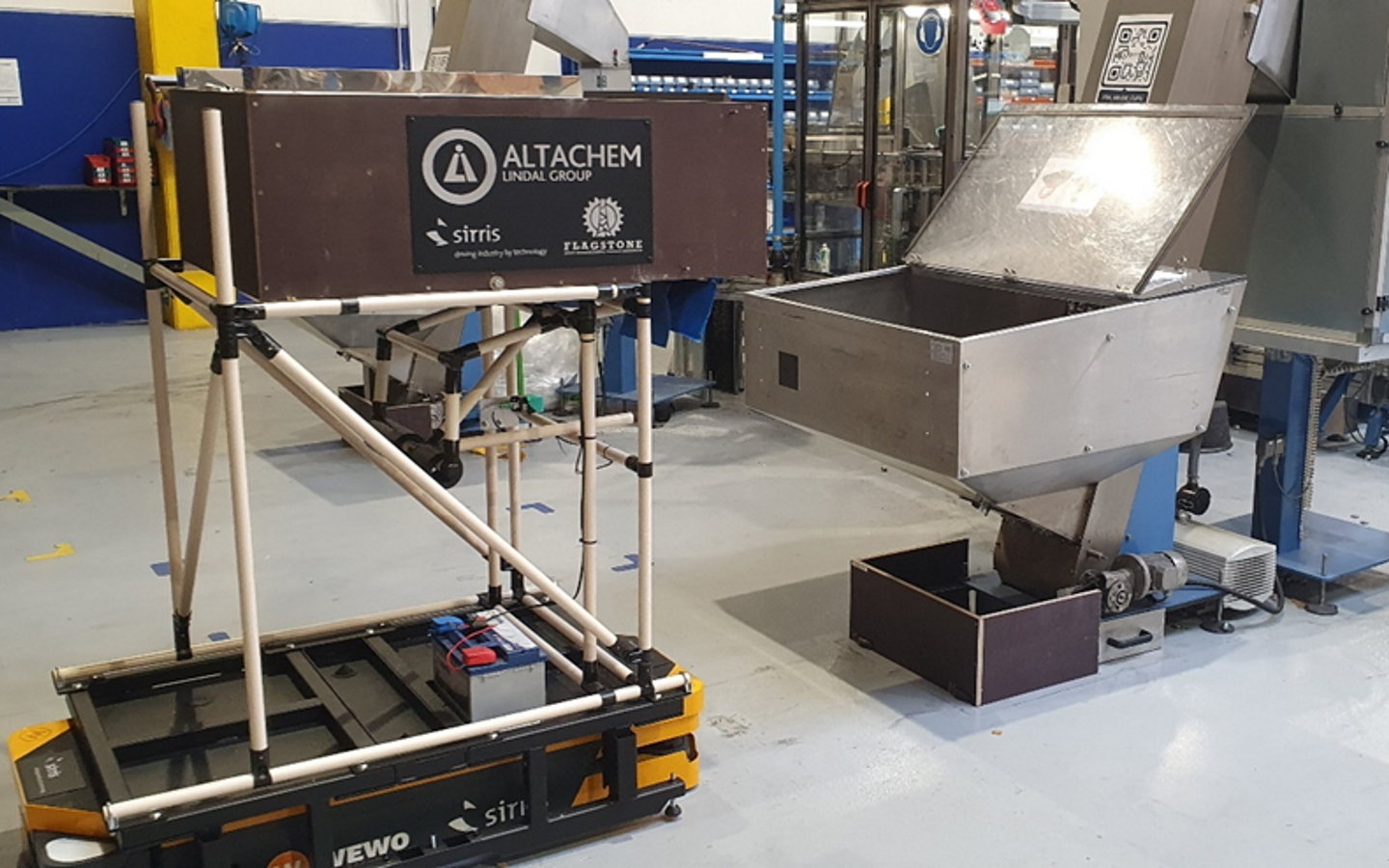 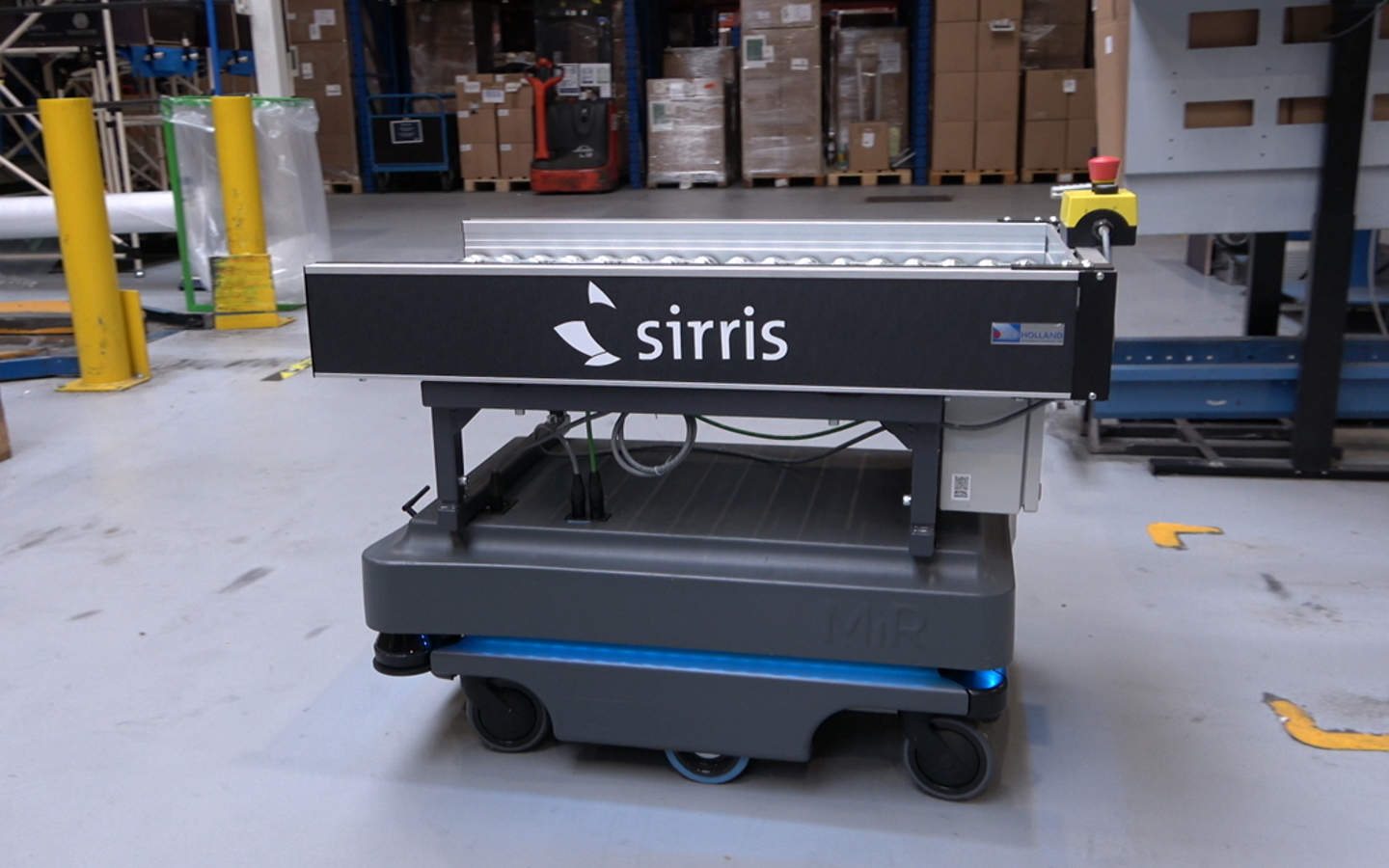 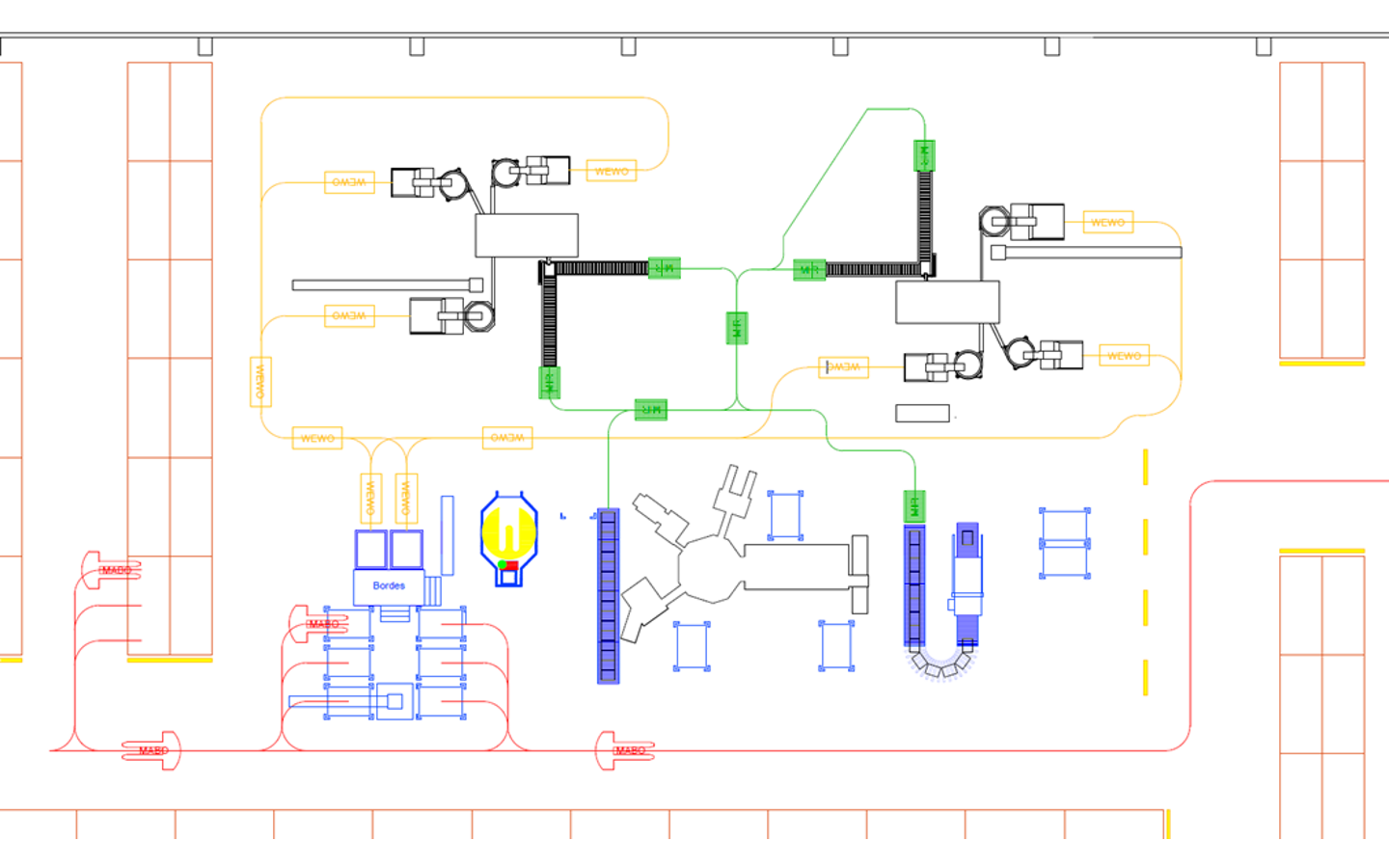 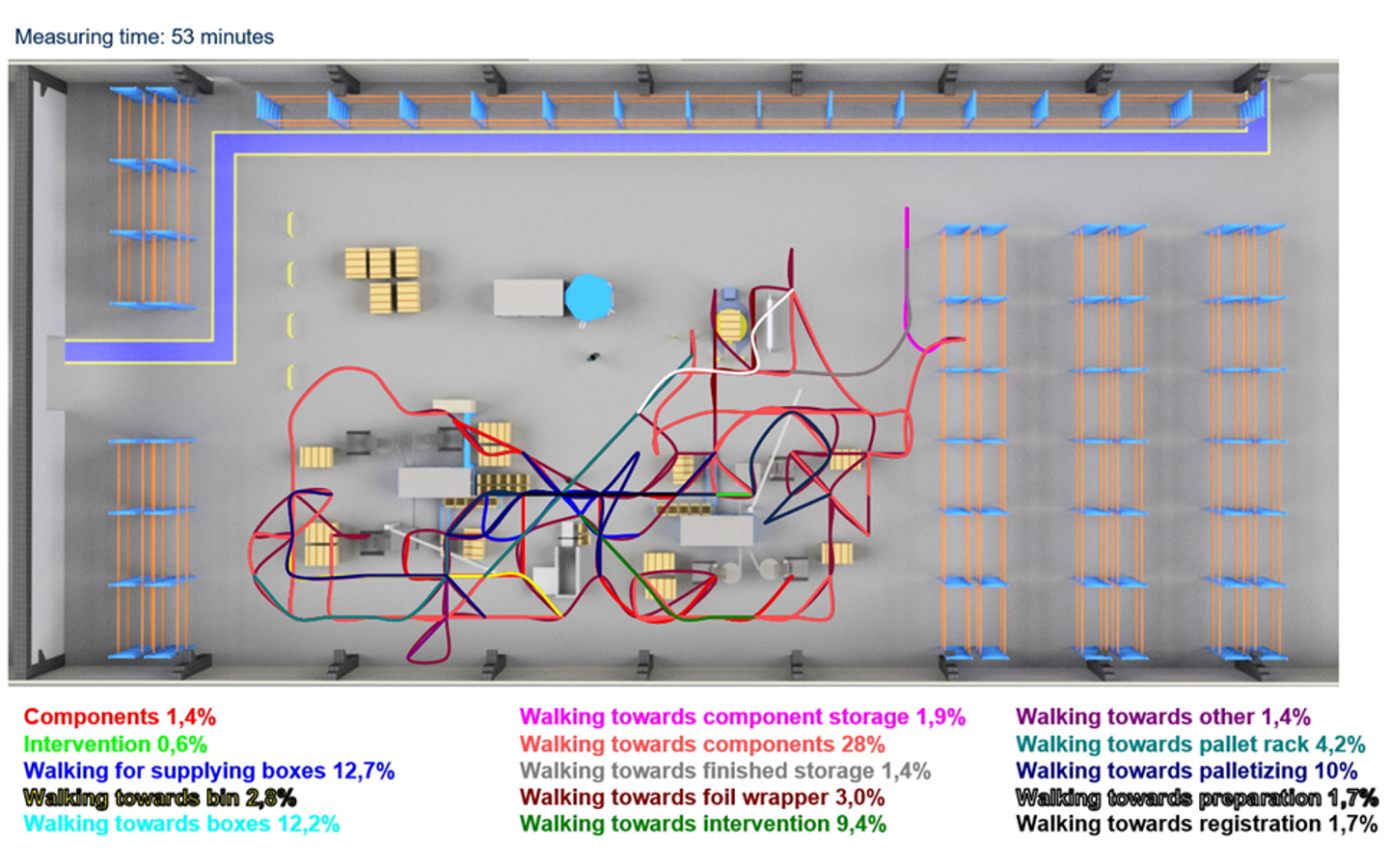 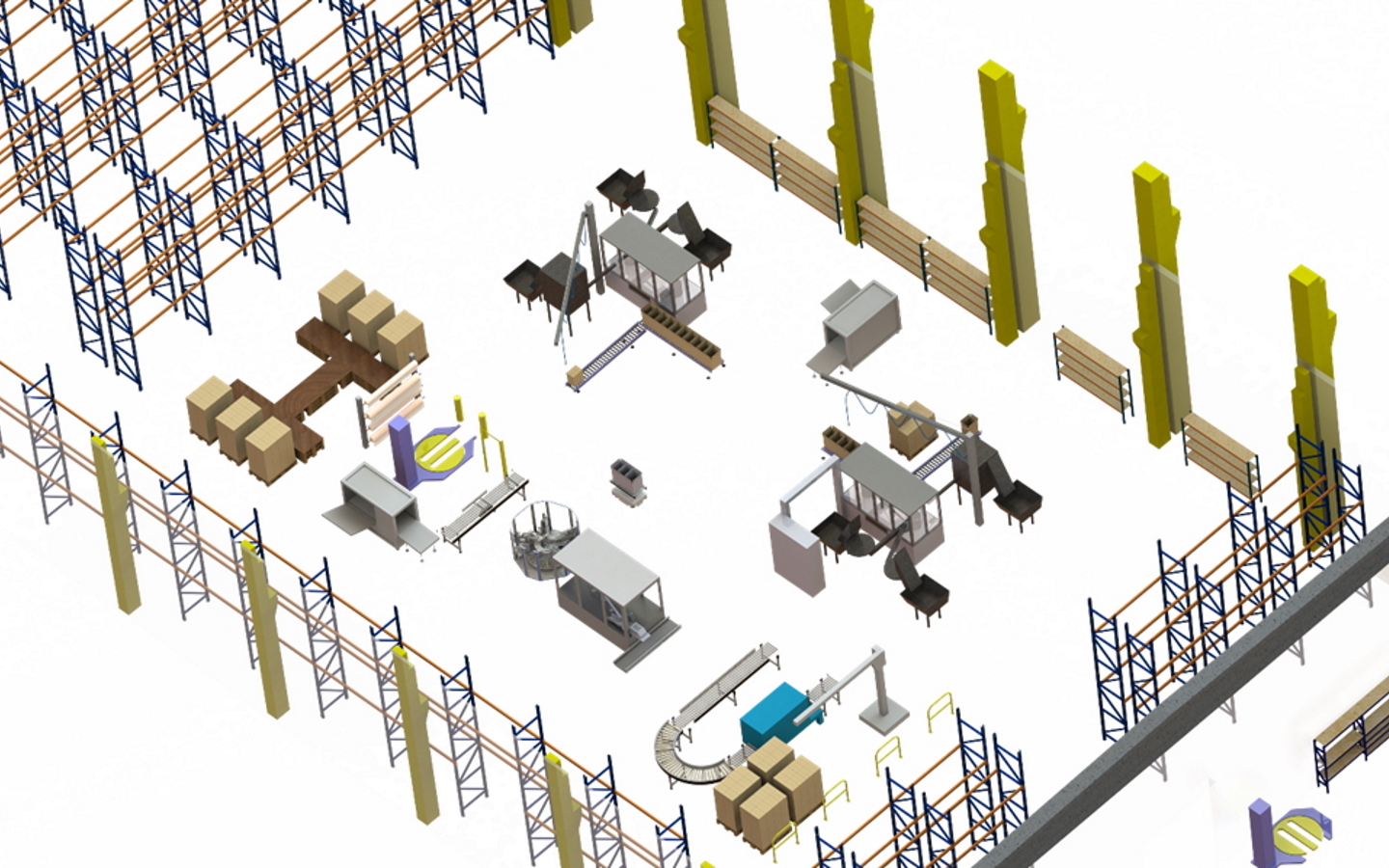 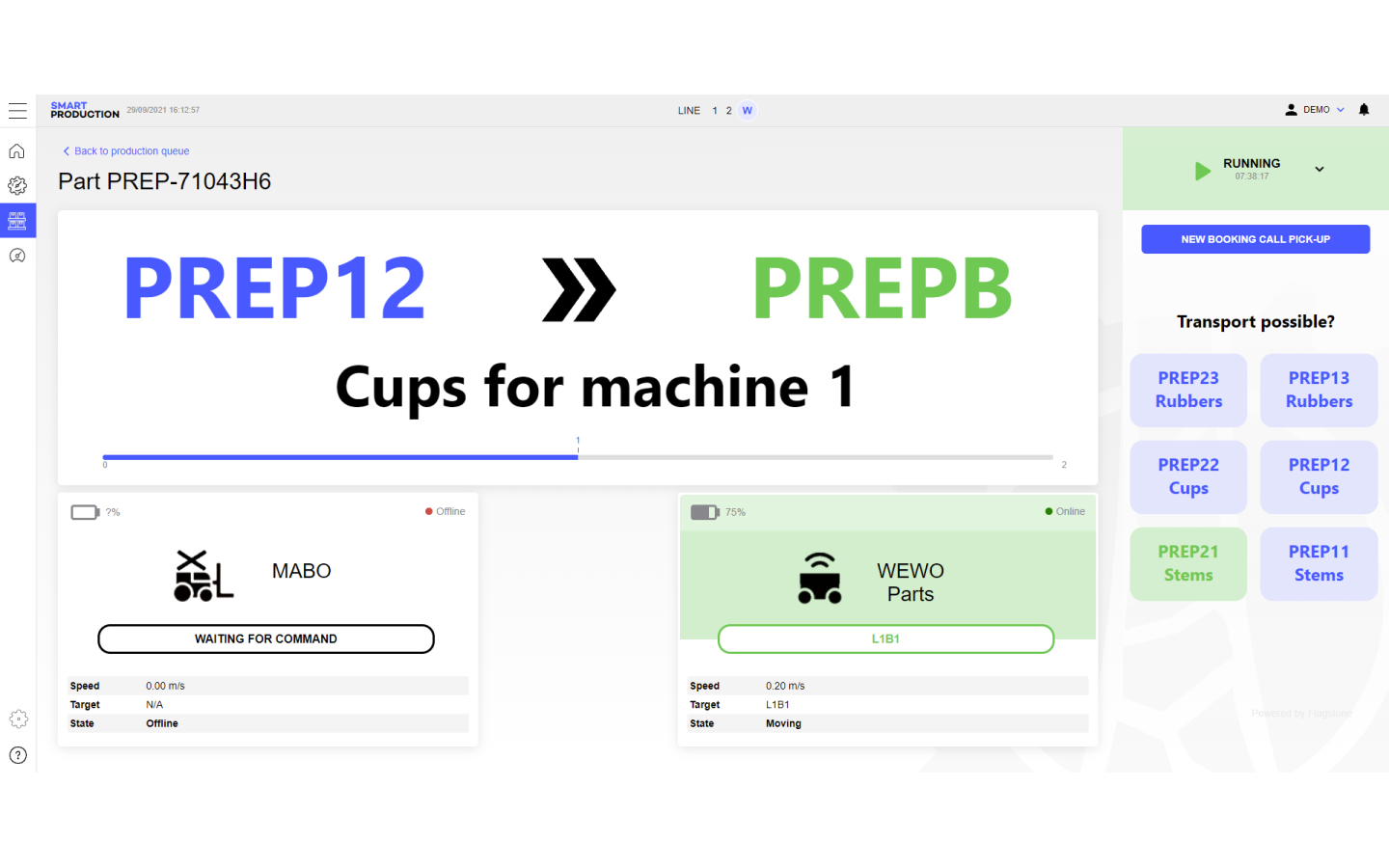 Dissemination video of the project