Rapid Mapping Of A Production System In A Virtual Environment

The module presents a method for rapid mapping of a production system in a virtual environment. The virtual model is created in a simulation program. The functionality of having a virtual copy of the physical production system is:
– Testing different types of layout in the current layout
– Optimizing the production
– Preform offline testing

The module is divided into two parts: Scanning production line with an AIV and creating the virtual model

1. Scanning production line with an AIV:
First, the AIV is used to scan the factory. This allows for scanning of all the walls, machines and objects in the factory. After the scan is done a picture is created from the scan. 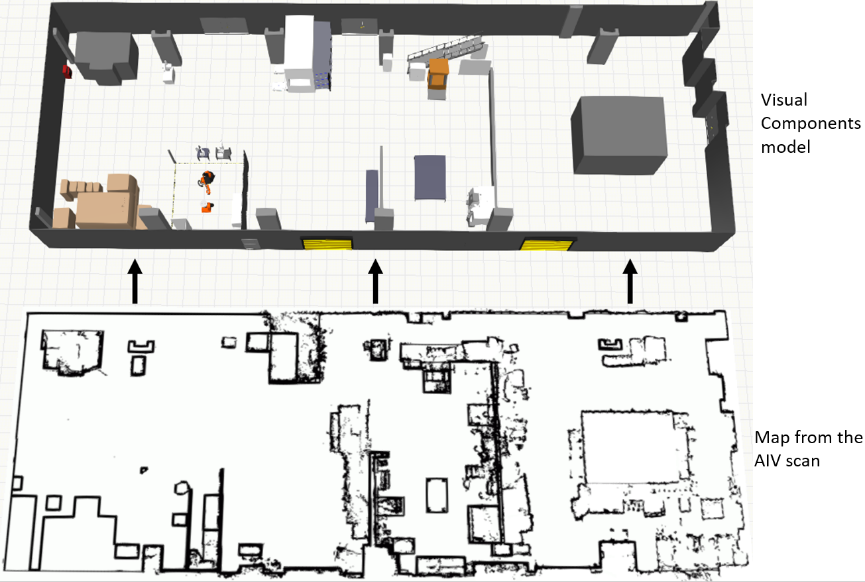 Training material is under production. The tutorial will show how an mobile robot can be used to create a digital twin of a physical environment. http://heinlein.mech.upatras.gr/trinity/create-a-virtual-production-line/