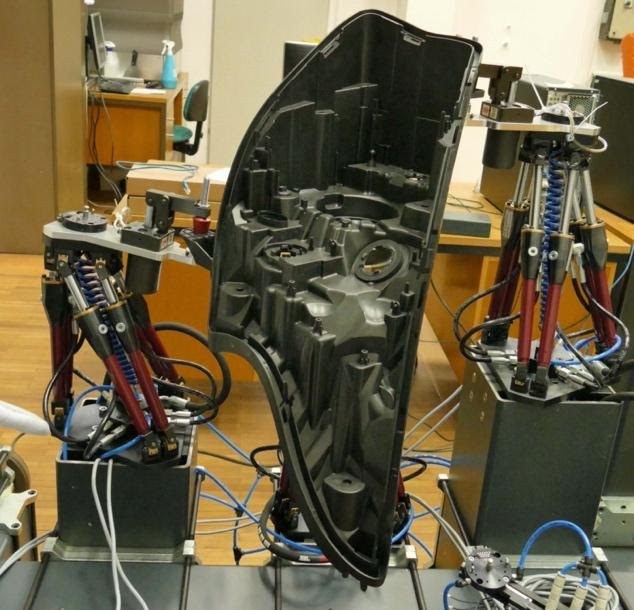 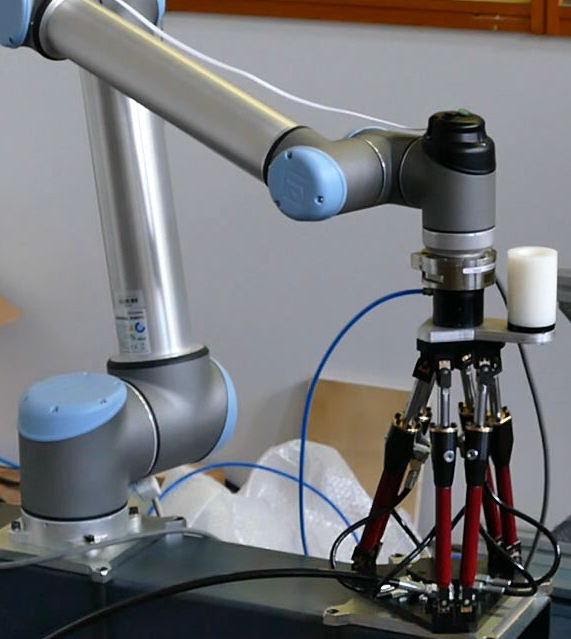 The module requires the following hardware and software:
– One or more robot arms, e.g. Universal robot UR-10.
– Two or more hexapods with passive degrees of freedom and pneumatic brakes. The price of each hexapod is ca. 8000 EUR, but for a limited number of hexapods, a loan agreement can be made for participants of TRINITY open calls without any costs besides transportation.
-Tool exchange system, e.g. Destaco QC-30, to be mounted onto the hexapods and the tip of the robot.
-Pneumatic air.
-Software program provided together with the hexapods to compute the locations and postures of hexapods comprising the fixturing system for a given set of workpieces.

Phase 1 – computing the hexapod postures by taking into account the geometry of workpieces to be mounted onto the fixturing system:

Inputs:
-CAD models of all workpieces in STEP format. For each workpiece, the locations where the workpiece should be attached to the hexapods comprising the fixturing system must be specified in workpiece coordinate system.
-Kinematic models of hexapods in URDF format. The location on each hexapod where the workpieces should be mounted must be specified in hexapod coordinate system.
-Kinematic model of a robot arm involved in the production process in URDF format.
-Kinematic constraints regarding the robot and hexapod workspace that need to be considered by the optimization algorithm.

Input:
Identity of the workpiece to be mounted.

Outputs:
-Hexapods top plates are moved to the new configuration of the fixturing system by a robot.
-The production process involving the new workpiece is started.

Licenses:
The software for the computation of hexapod postures is not open source but is provided in a package together with hexapods.

Description of the task http://www.reconcell.eu/content/space/experiments.html#elvez