To showcase the use of digital context data in manufacturing. Integration of robot trajectory data into product design provides an agile way for automating manufacturing processes and speeds up the design-production timeline. Complete VR/AR environments can be built and used for flexible monitoring, support, training, safety and maintenance.

The use case demonstrates the possibilities for utilizing digital context data into production of manufacturing companies, which provides an agile way for automating manufacturing processes. The use case involves utilizing BIM, VR/AR technology and a digital twin of a robotic production cell. These methods can be used for flexible monitoring, operational support, training, safety and maintenance purposes of the production cell.

Owner of the demonstrator

C28.2 - Manufacture of other general-purpose machinery

Benefits for the users

The use case innovates the existing product design capabilities along with robot maintenance and operational training measures by utilizing digital twins and AVR models in the production and robot integration. The use of digital twin and virtual environment of robot cells provides a safe, easily adaptable environment for the precautionary risk assessment in the integration phase, or for the operational and safety training on the robot cell tending. For example, as a result of a virtual environment training, newly trained operators will:
– learn to operate machinery in a safe and efficient way,
– learn to react proactively and safely to tasks that require a human interaction, and
– receive concrete information on safety measures in the robot cell (safety devices, first aid kits etc.).

Lack of incompatible specific software needed in integration may be a limitation.

Digital Design Content Based Robot Trajectory Generation: Usage of module is free excluding SolidWorks, Unity, Vuforia and RoboDK which are commercial software and licensing has to be negotiated with them.

Blender is released under GPL.

Other software developed at Centria is released under MIT license.

Virtual reality headset: e.g. HTC Vive includes base stations to track user movements in a real environment and hand-held controllers for user interaction. These devices together with a VR platform enable a full VR experience.

Indoor positioning system: e.g. Quuppa Intelligent Locating System. This can be utilized to improve the safety of robotized environments by tracking either mobile robots or people in the environment. 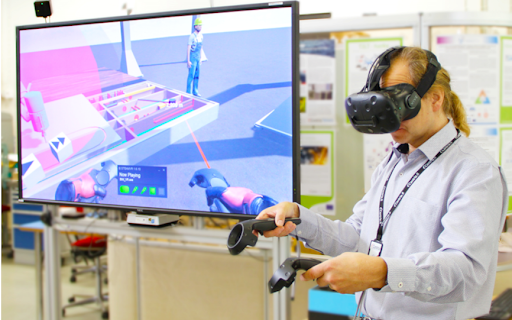 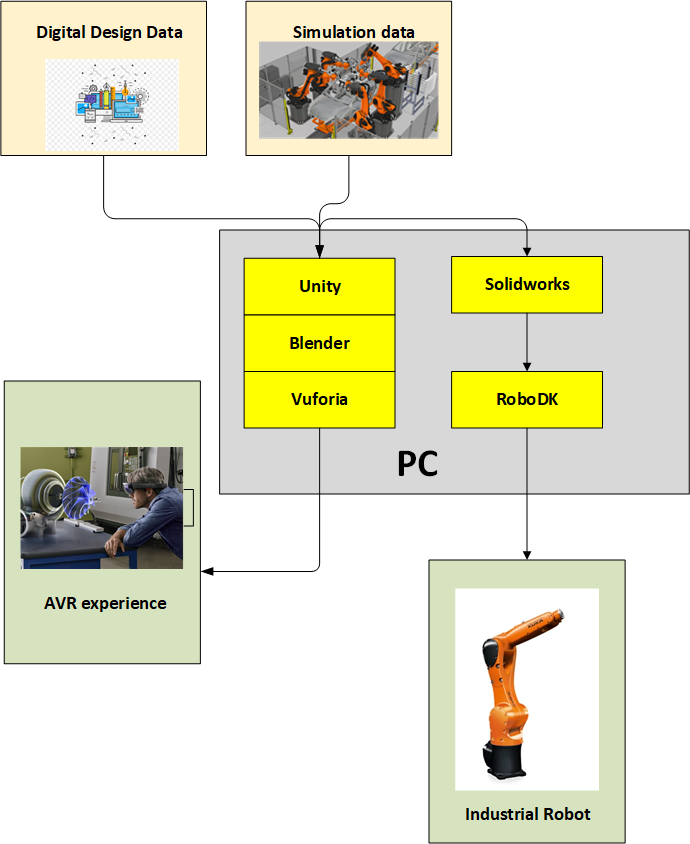 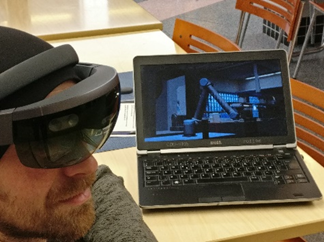 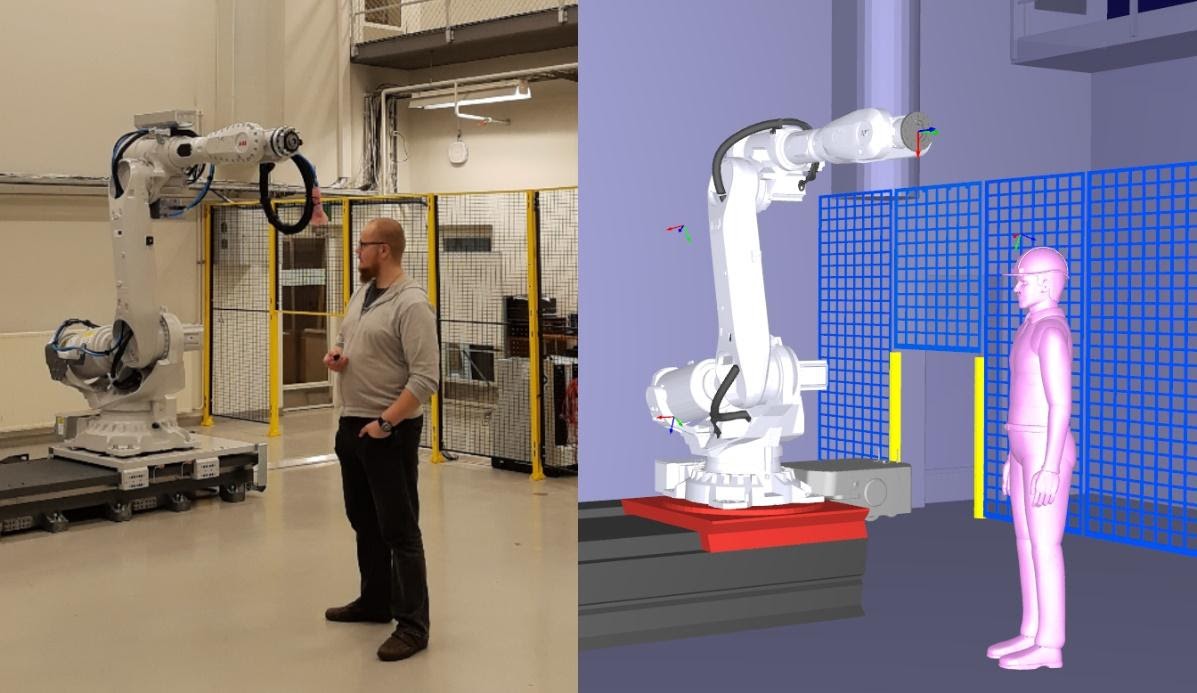 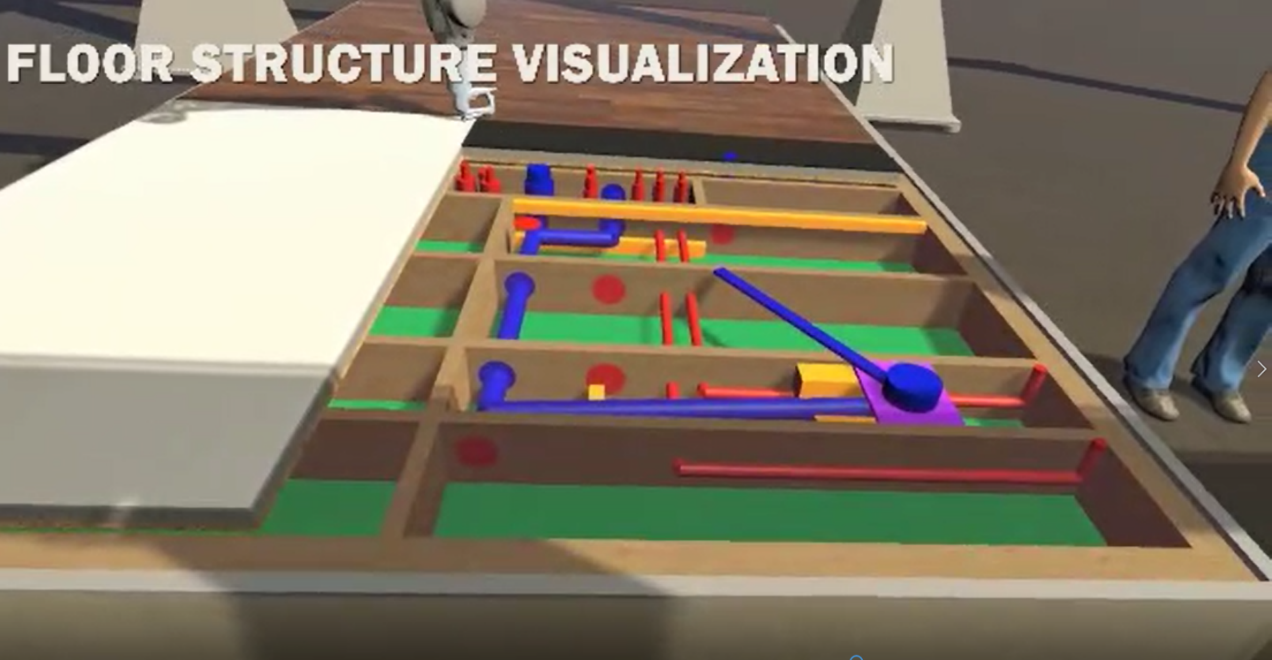 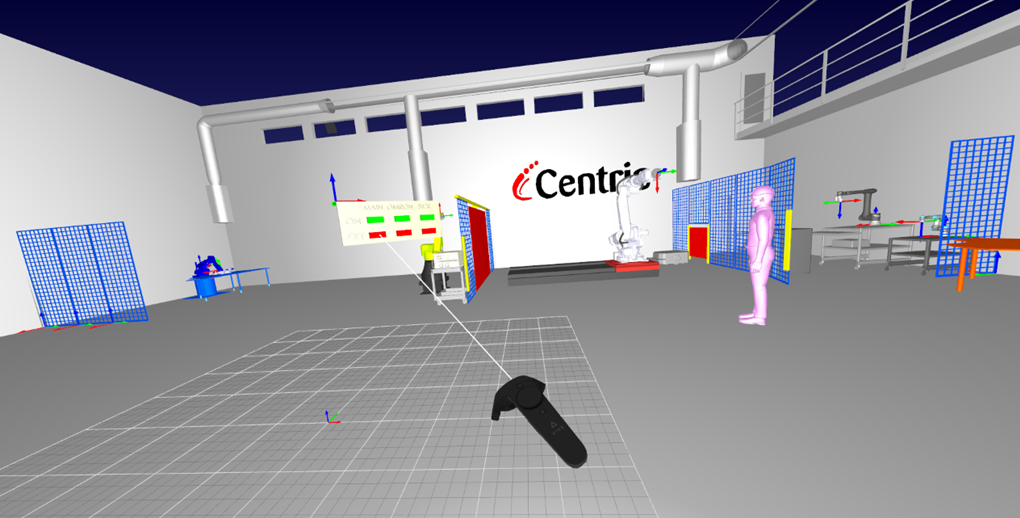 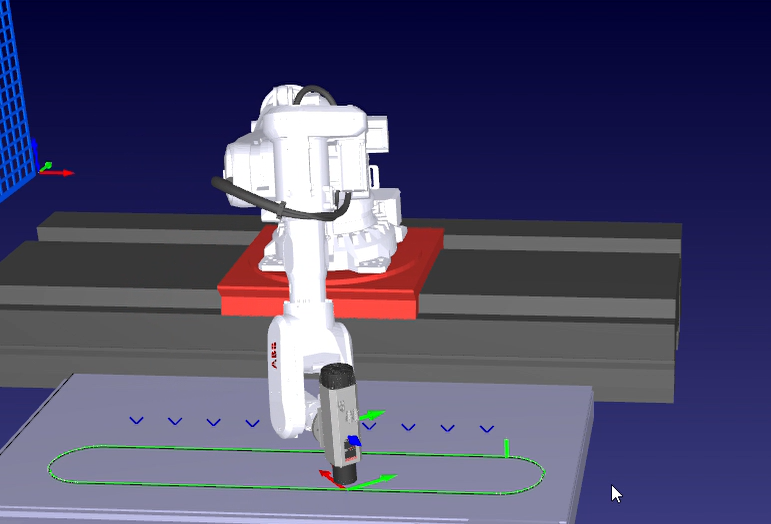 Speeding up robot simulation and programming: by using data from digital design data, such as Building Info...